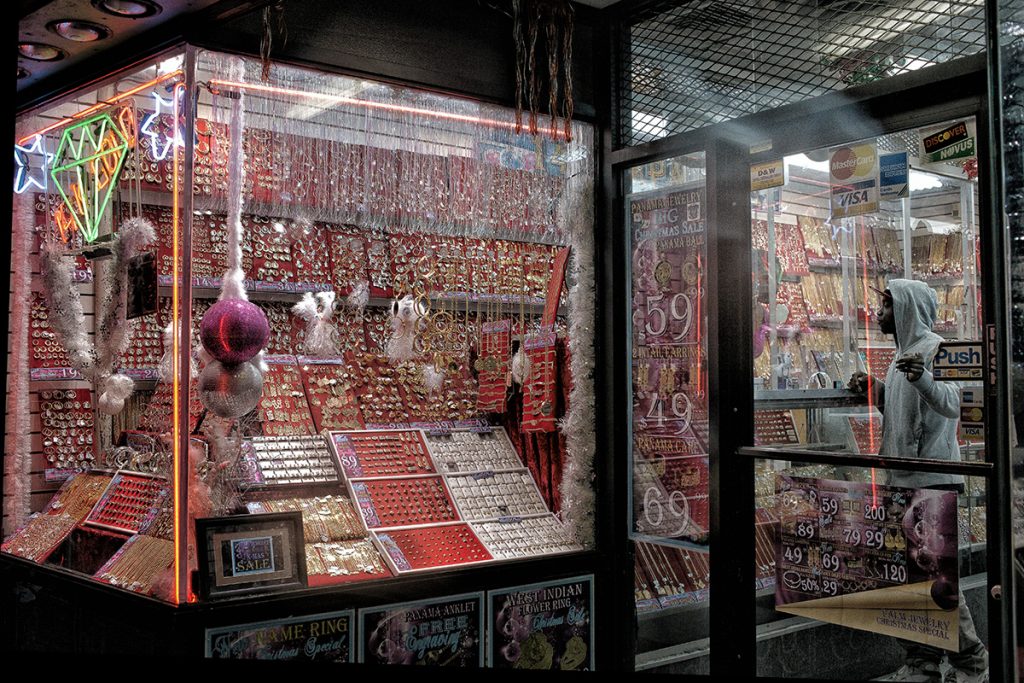 Here’s This is another look at the scene at the Honky Tonk in southern Illinois. The goal of the shot, in addition to portraying the performers, was to communicate something of what it’s like coming into a dark bar on a very bright, sunshiny day. I made this version monotone and grainy to cover imperfections in the original, poor focus in this case.

Although neither of these photos quite work, I like the potential photo here and will probably go back and work on it.