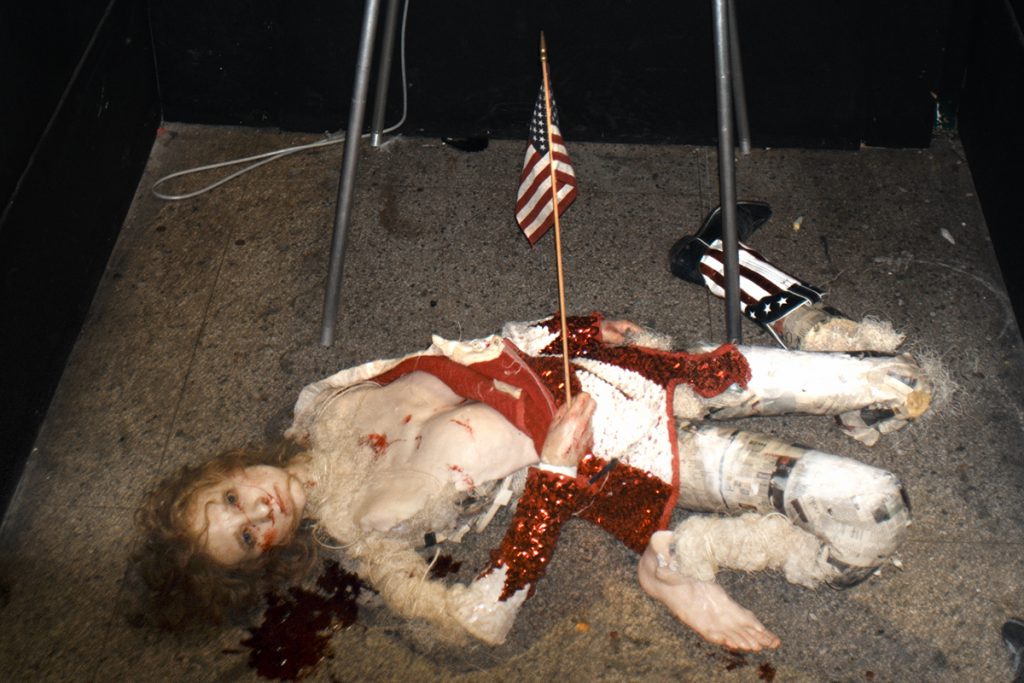 Don’t worry, we’ll all vote for Clinton because Insane Evil Catastrophe, and she’s probably as competent as anyone for more or less maintaining the status quo, which by historical standards is relatively good – and, for the most part, improving.  It’s our duty to humanity.

Still, that doesn’t mean we can’t take a moment to marvel, yet again, at what at horrible politician she is and how the Democratic Party, of which she and her husband are certainly very influential, is at least equally inept at fighting stupidity and blatant deceit, which really shouldn’t be all that difficult.

What set me down that oft-traveled road of recurring thought tonight was the fact that Ted Cruz’s wife needed security to escort her out of the Republican convention because security feared she’d be physically attacked by the mob surrounding her.

Think about that. A right wing Christian conservative senator’s wife was in imminent danger of being physically attacked by a mob at the Republican convention.

Can the Democrats really do nothing with that? Especially with the chants to lock up, or even execute, their political opponent without trial; and the Republican’s general, shall we say, problems, with women voters, due largely to a general indifference to such things as rape, sexual abuse, and women’s health; and the grubby old men at Fox News being exposed, yet again, as disgusting old monsters playing grabass with every woman half their age who are unfortunate enough to be in the same room with them.

The evidence is abundant and the conclusion is clear.

It’s just not safe to be a woman with Republicans in charge. How much more obvious can it be?

Why can’t the Democrats communicate that effectively? Why isn’t Hillary Clinton on every tv channel and newspaper front page talking about Ted Cruz’s wife’s life being in danger in the middle of the Republican fucking convention?