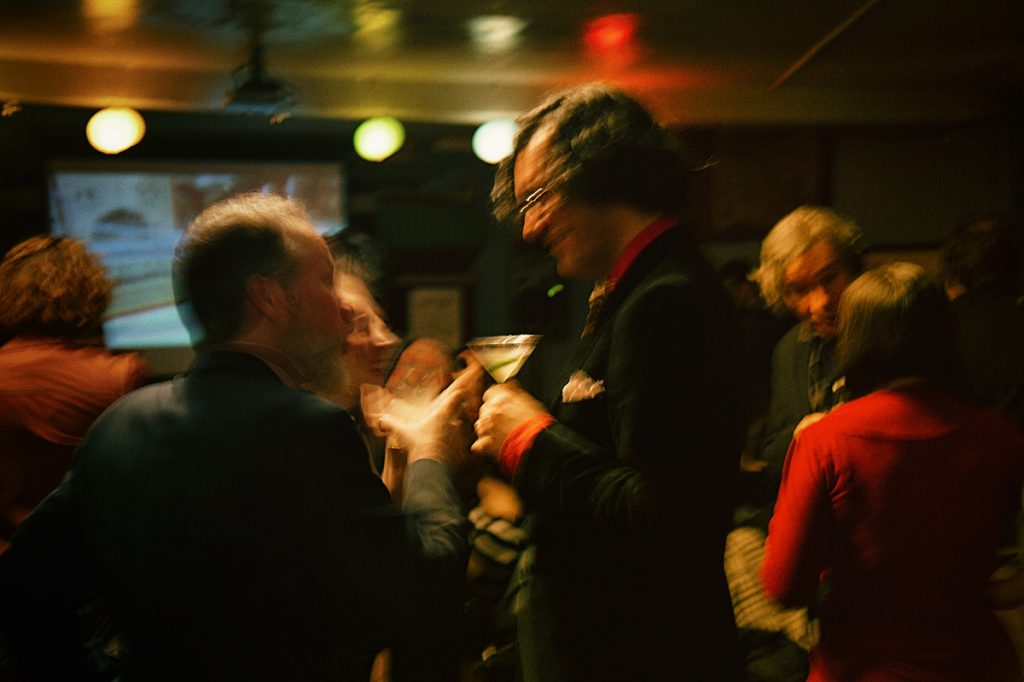 I recently noticed champagne party type photos from the Magnum and VII agencies showing up in my Facebook feed. Those kinds of photos make me uncomfortable. The more I pay attention to Photo World, the more I see what could be argued are excesses in self-congratulation, especially considering that most of these people are making a living photographing the poor and downtrodden. On the other hand, I’ve been there and done that and can sympathize with people who need to decompress through excess after spending time in horrible situations. Perhaps the proper thing to do is to not be so fucking public about it, as it kind of gives off a reek of gilded age crap, even if it’s not.

Anyway, I usually find that by posing the questions, Karma finds a way to provide answers, or at least different ways of looking at things. I’m currently reading Jim Carroll’s “Forced Entries: The Downtown Diaries: 1971-1973,” which is kind of a follow-up to “Basketball Diaries.”

And I come across this:

“I believe I have moved closer to my heart. I feel comfortable in reclusion. I don’t need the vacant flux of parties. I don’t need my own attendance at “Art Happenings” which are, for the most part, excuses for the party afterward. But I don’t want to become a cynical prick. It is, after all, a human universe. Knowledge, the hunger for detail, even the leased trivia, does give way to wisdom. If you don’t push. If you sit back and remove the clutter of lips and claws and capsules and punch. I know I am a cold motherfucker, but I have moved closer to my heart.”

I think criticism, both art and social, is a good thing and the ability of an artist or medium to take it, consider it, and possibly learn from it, a sign of maturity and confidence.

Glenn Kenny’s unremittingly brutal take-down of Nicolas Winding Refn’s new film “The Neon Demon” in the New York Times made me think along these lines as well. The Times is a powerful pedestal and Kenny’s review will go a long way toward defining the film in the minds of a lot of people. Is Kenny being a cynical prick?

A lot of people will probably be hurt by that review. Not just the director, hundreds of other people who in some way worked on making the film. Yet I believe that reviews like that are necessary for art, any art – and especially photography. Glenn Kenny is not some internet troll. He is one of the more astute and knowledgeable critics, and I think the art of film benefits from having people like him critique it. I can’t look into his heart and know if he’s a cynical prick or not, but it doesn’t matter. All that matters is if his critique holds water.

I am unfamiliar with any similar critics or outlets for photography. From what I see and hear, the Photo World and most of the people in it strive to be supportive first, or keep their mouths shut, second. I’d like to see a few more unsympathetic observers. If there are publications that employ professionals like Kenny to critique contemporary photography like there are for film, I am unaware. The New York Times certainly doesn’t. Please let me know if there’s something I’ve missed.