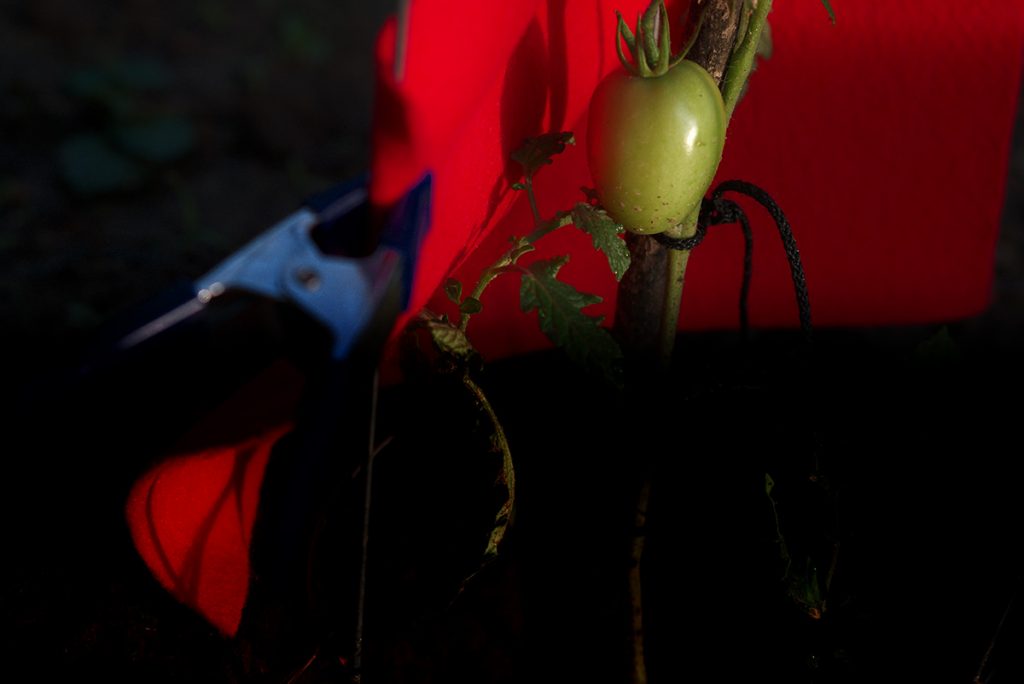 I moved the kittens from under the eve next to the backdoor to out by the back fence behind the garden by one of the brush piles and the compost heap. It’s becoming increasingly clear that the cats will have to go, probably sooner rather than later.

That’s unfortunate, as bringing life to the yard is the overall goal of the (non-photo) part of the project. When we moved here, half the yard was dirt and the weeds and small patches of grass in the other half were dying, Now we have a large garden and with a little progress each year, seem to have brought grass back as a permanent presence to most of the rest.

I guess I’m officially old now. I like to sit out back and watch the grass grow. Seriously, with as much effort as I’ve put into getting it to grow, I find watching it grow endlessly fascinating. And I like to sit out back and watch the garden grow. That’s enjoyable in the same way as watching the grass grow, but involves a lot more variety, plus it’s really nice to bring in baskets of fresh vegetables every day once they get going. And I like to watch the birds. I’ve brought in several bird feeders, so I see a lot of them. And it’s nice to see one of the snakes every now and then. I made two large brush piles. The snakes seem to like living there. Other animals, I think, too.

I’m concerned about the bees, but that’s a story I’ll save for another day.